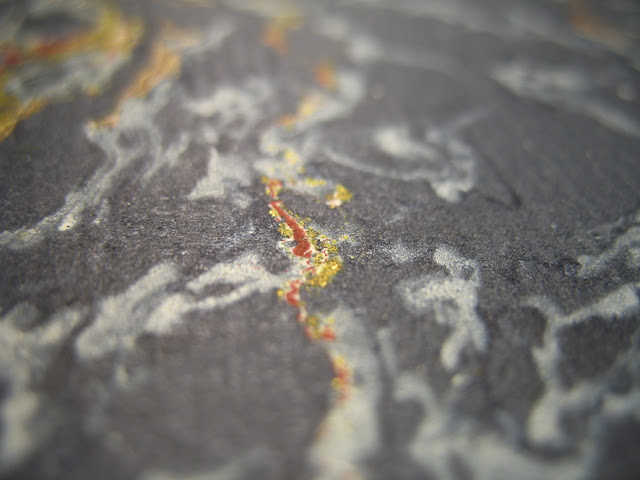 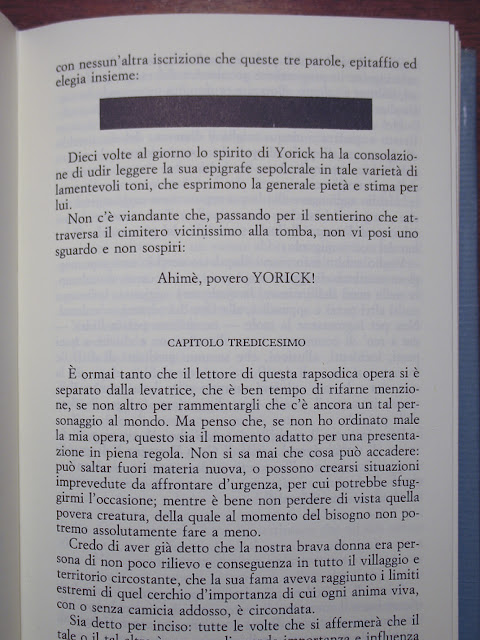 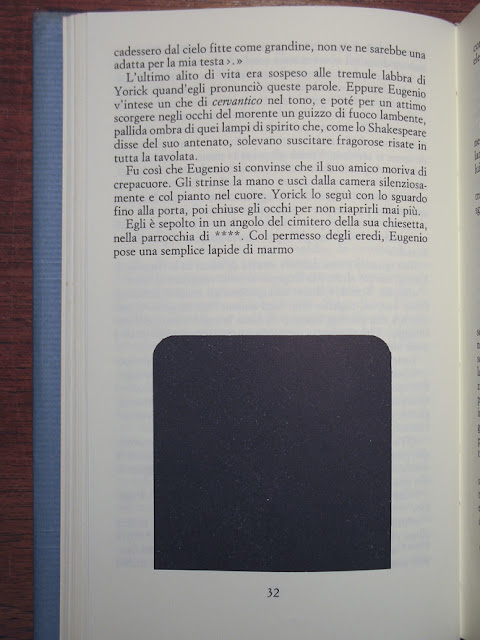 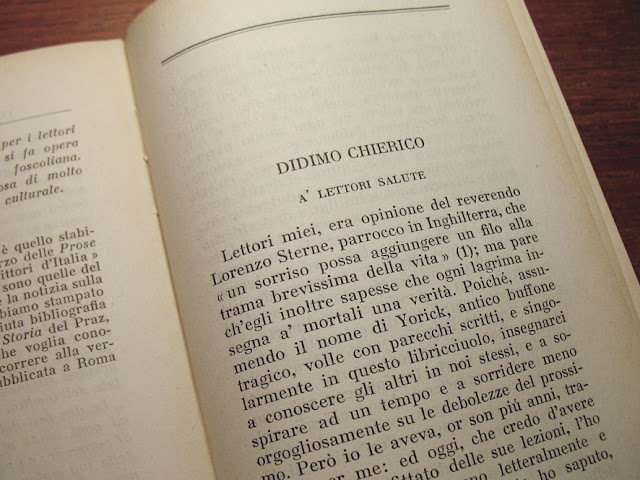 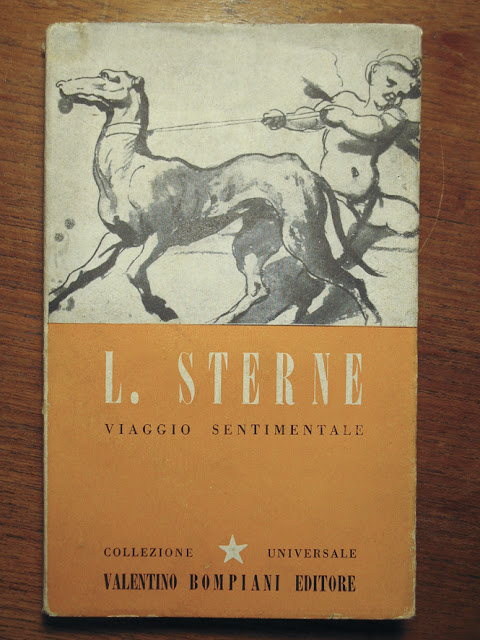 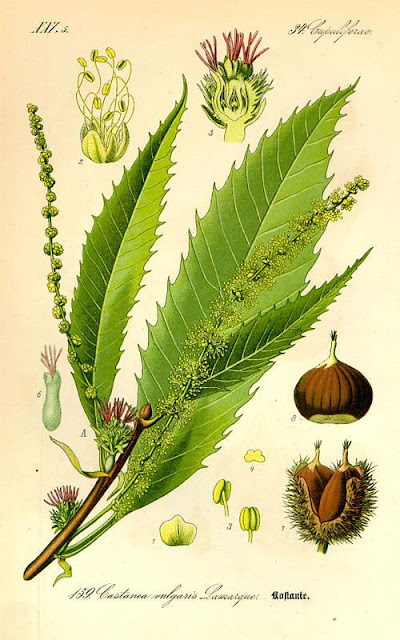 — Why on earth, do they fill the subways in Lisbon with heavy smoke? — we cried out, when we arrived at the Rato subway. — Ascending the stairs, reaching the daylight, we then learnt that on nearly every corner in this city, there are placed a small wagon with a huge chimney used for roasting chestnuts:

"Zounds!
——————Z———ds! cried Phutatorius, partly to himself——and yet high enough to be heard—and what seemed odd, ’twas uttered in a construction of look, and in a tone of voice, somewhat between that of a man in amazement and one in bodily pain.
One or two who had very nice ears, and could distinguish the expression and mixture of the two tones as plainly as a third or a fifth, or any other chord in musick—were the most puzzled and perplexed with it—the concord was good in itself—but then ’twas quite out of the key, and no way applicable to the subject started;——so that with all their knowledge, they could not tell what in the world to make of it.
Others who knew nothing of musical expression, and merely lent their ears to the plain import of the word, imagined that Phutatorius, who was somewhat of a cholerick spirit, was just
going to snatch the cudgels out of Didius’s hands, in order to bemaul Yorick to some purpose—and that the desperate monosyllable Z———ds was the exordium to an oration, which, as they judged from the sample, presaged but a rough kind of handling of him; so that my uncle Toby’s good-nature felt a pang for what Yorick was about to undergo. But seeing Phutatorius stop short, without any attempt or desire to go on—a third party began to suppose, that it was no more than an involuntary respiration, casually forming itself into the shape of a twelve-penny oath—without the sin or substance of one.
Others, and especially one or two who sat next him, looked upon it on the contrary as a real and substantial oath, propensly formed against Yorick, to whom he was known to bear no good liking—which said oath, as my father philosophized upon it, actually lay fretting and fuming at that very time in the upper regions of Phutatorius’s purtenance; and so was naturally, and according to the due course of things, first squeezed out by the sudden influx of blood which was driven into the right ventricle of Phutatorius’s heart, by the stroke of surprize which so strange a theory of preaching had excited.
How finely we argue upon mistaken facts!
There was not a soul busied in all these various reasonings upon the monosyllable which Phutatorius uttered——who did not take this for granted, proceeding upon it as from an axiom, namely, that Phutatorius’s mind was intent upon the subject of debate which was arising between Didius and Yorick; and indeed as he looked first towards the one and then towards the other, with the air of a man listening to what was going forwards—who would not have thought the same? But the truth was, that Phutatorius knew not one word or one syllable of what was passing—but his whole thoughts and attention were taken up with a transaction which was going forwards at that very instant within the precincts of his own Galligaskins, and in a part of them, where of all others he stood most interested to watch accidents: So that notwithstanding he looked with all the attention in the world, and had gradually skrewed up every nerve and muscle in his face, to the utmost pitch the instrument would bear, in order, as it was thought, to give a sharp reply to Yorick, who sat over-against him——yet, I say, was Yorick never once in any one domicile of Phutatorius’s brain——but the true cause of his exclamation lay at least a yard below.
This I will endeavour to explain to you with all imaginable decency.


——The threat was for Yorick." 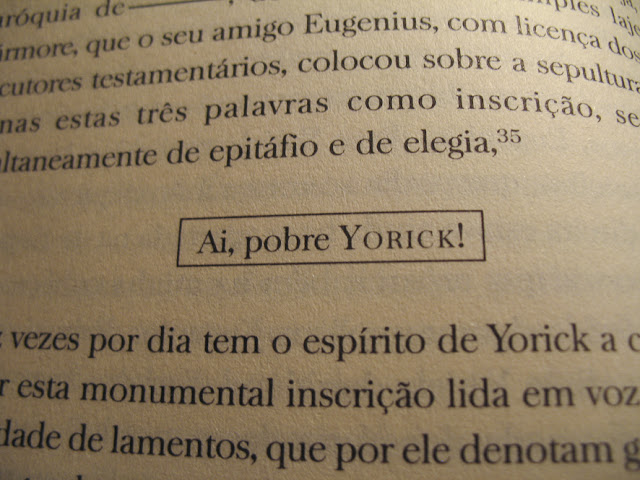 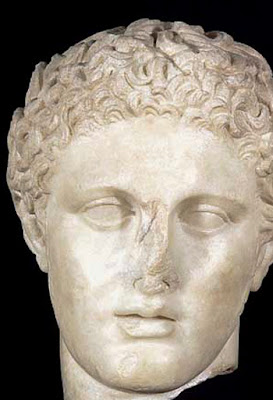 When Trim came in and told my father, that Dr. Slop was in the kitchen, and busy in making a bridge—my uncle Toby——the affair of the jack-boots having just then raised a train of military ideas in his brain——took it instantly for granted that Dr. Slop was making a model of the marquis d’Hôpital’s bridge.——’Tis very obliging in him, quoth my uncle Toby;—pray give my humble service to Dr. Slop, Trim, and tell him I thank him heartily.

Had my uncle Toby’s head been a Savoyard’s box, and my father peeping in all the time at one end of it——it could not have given him a more distinct conception of the operations of my uncle Toby’s imagination, than what he had; so, notwithstanding the catapulta and battering-ram, and his bitter imprecation about them, he was just beginning to triumph——
When Trim’s answer, in an instant, tore the laurel from his brows, and twisted it to pieces.

——This unfortunate draw-bridge of yours, quoth my father——God bless your honour, cried Trim, ’tis a bridge for master’s
nose.——In bringing him into the world with his vile instruments, he has crushed his nose, Susannah says, as flat as a pancake to his face, and he is making a false bridge with a piece of cotton and a thin piece of whalebone out of Susannah’s stays, to raise it up.
——Lead me, brother Toby, cried my father, to my room this instant.
Indsendt af lkm kl. 02.25 Ingen kommentarer: 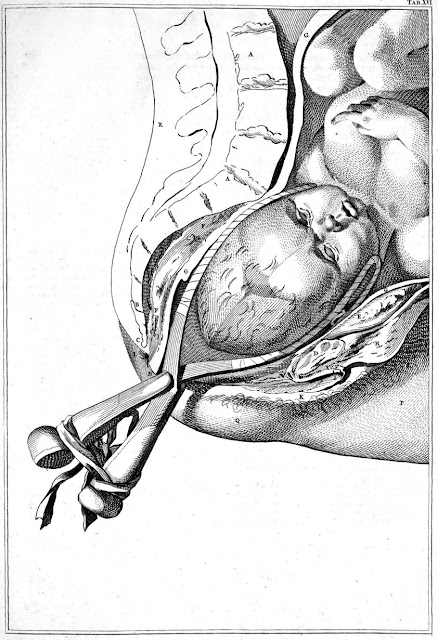 "——And pray, good woman, after all, will you take upon you to say, it may not be the child’s hip, as well as the child’s head?———’Tis most certainly the head, replied the midwife. Because, continued Dr. Slop (turning to my father) as positive as these old ladies generally are—’tis a point very difficult to know—and yet of the greatest consequence to be known;——because, Sir, if the hip is mistaken for the head—there is a possibility (if it is a boy) that the forceps * * * * * * " 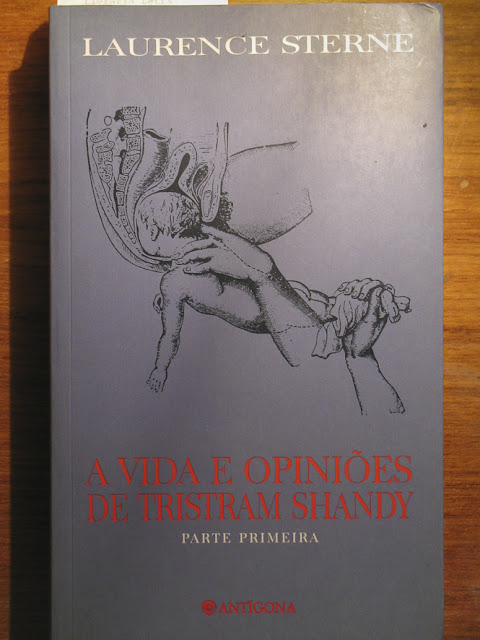 But the cover illustration? — is this also a upside down? — And where is the instrument — the new invented ultra modern forceps of Dr. Slop?
Indsendt af lkm kl. 10.39 Ingen kommentarer: