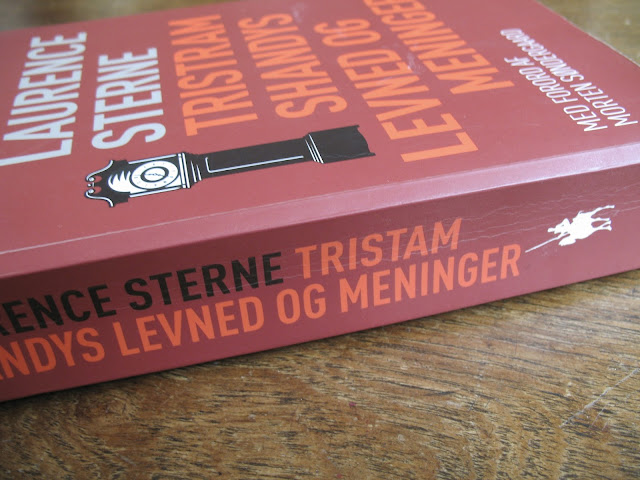 Even that it has been standing on the shelf, this 3rd. danish ed. (Rosinante & Co., 2011) since its publishing date, it was not before here the other day, when G said: "Say, I thought it was called Tristram Shandy not Tristam Shandy" that this misspelling was realized.
"Pox take the fellow! […] —I wish all the devils in hell had him for a blockhead!"* Might the publisher have said, when the piles of misprinted books arrived from the printer. —Or maybe no one have noticed before G did.
____
* "Small curses, Dr. Slop, upon great occasions, quoth my father (condoling with him first upon the accident), are but so much waste of our strength and soul’s health to no manner of purpose". (TS: Book III, chap. X ) Se the great curse here: http://sterneetcetera.blogspot.dk/2015/07/small-curses-upon-great-occasions.html